This Gypsy's Nostalgia and Conflicts of the Heart

I have a wonderful friend named Mayra, who is from San Juanico. When I lived here as a teenager, she and her cousin Obedia, who were about five years younger than me, would come over to my house nearly every day. They wanted to learn English and I wanted to learn Spanish. We often exchanged and taught each other our prospective languages while baking cookies. Although, I have a confession, in standard moody teenage fashion, I sometimes hid in my room when I heard them knock. Learning Spanish is hard, especially when you are a self-aware teenager with little kids as your teachers. Despite that, I have to say, the time I spent with them are some of my warmest memories from living in this little village.

Many of the teenagers my age left for high school in the city. I didn’t have a lot of peers, and was embarrassed to try my Spanish on the few kids my age that were still in town. I remember a particular afternoon when a crew of boys came over and hung out in our living room with me. It was terribly awkward, a lot of long silences and a couple of them laughed at me when I attempted my Spanish. In retrospect, I suspect they were as curious and as nervous as I was. There was one particular boy who terrified me. He surfed, played the guitar, was tall and handsome, and had big brown soulful eyes with thick eye lashes like a cow. It felt as if he could see inside my soul. Anytime I ran into him, I would blush from forehead to tiptoe while shyly avoiding eye contact. Yeah, I much preferred my nine and ten-year-old baking companions.

Mayra and Obedia grew up to be impressive young women. My life in California was underway by the time they were teenagers, but we remained in contact. Connected. Mayra even visited us in California a couple of times. They both went off to high school in the dusty Ciudad Constitución; then continued on to college to become teachers. Obedia, found a job in a town about five hours away. She is married and just had her second baby. Mayra returned and taught at the elementary school in San Juanico. She also became a dedicated and committed surfer. She is incredibly lovely, and inspires anyone who meets her. She LOVES San Juanico the way that I do, more actually, it’s her home. In fact, there’s a wonderful documentary about this amazing friend of mine called La Maestra. You can watch it here for $2.99 http://otwfront.net. The film is a worthwhile half hour of your time. She married a teacher from California and had a baby just over a year ago. They now live in Santa Cruz.
A few of years ago, during one of our annual visits to San Juanico, we visited Mayra while she was teaching. She introduced us to her colleagues and students and gave us a tour of the school. Our daughter was two and a half at the time and cheerfully skipped around Mayra’s classroom while playing with the schoolchildren. I suppose that’s really when the idea of enrolling the kids in school here began to spark. I can remember Jesse and I musing about how cool it would be for our family to live in Mexico for a spell and what a great experience it would be for the kids. But it was one of those, “maybe someday...” conversations that don’t hold a lot of merit when held up against the reality of your life.

Back in California, we enrolled our daughter into Spanish Immersion preschool when she was three.

The process for enrolling your child in preschool or elementary school in Orange County, CA can be a bit overwhelming:
This extensive list doesn’t necessarily apply to everyone. I have friends with clear educational intentions for their child and thus only do half of said list; but even then, there are a set of hoops to jump through. Stacks of paperwork are a way of life in the United States. When you really take a close look, you start to wonder if our access to choice can be seen as a perceived privilege. Perhaps, too much choice is actually a setback?

Our sweet girl attended her dual immersion preschool for two years and we loved it. I also became involved with a wonderful outdoor school called Earthroots Field School www.earthrootsfieldschool.org.  It is, in my humble opinion, the ideal format for early childhood learning. I cannot express how much our family has learned and been inspired by this little non-profit institution. Many of the mothers in my Earthroots community were interested in Waldorf education, as was I.

Over the years I have read much of the work written by Rudolf Steiner, the father of Waldorf Education. Before having kids, I briefly substitute taught for a small Waldorf school. There are some interesting Waldorf resources out there. The work of Kim John Payne is incredibly inspiring and books like Beyond the Rainbow Bridge and Seven Times the Sun have had major impacts on my parenting choices. 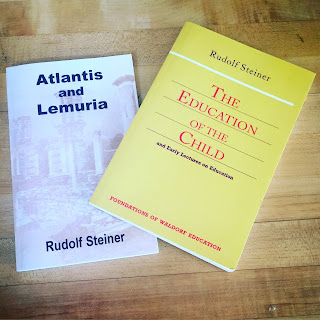 I found myself really confused when I started researching Kindergartens for our daughter. Intuitively, I wanted to send her to dual immersion. I feel passionate gratitude for my ability to speak Spanish fluently and believe that giving your child a second language is a gift. Yet, when I walked through the immersion schools in our area, I was struck by the austerity of the environment. I feared that my daughter, who is convinced she is part fairy, would not have her magic and imagination nurtured in such a school. I was also concerned about the lack of outdoor time provided and the stresses of standardized testing.

We did a walkthrough at a local Waldorf charter and were excited and inspired by what we saw. The learning environment seemed much less stressful, there was a lot of parent involvement and the students seemed happy and unique. The downside, was that the school was a twenty-minute drive from our house, there is a lottery to get in, and a long waitlist. We applied, and continued to waver on what was a better choice for our child; bilingualism, or a free and creative learning environment. I figured that if she was meant to go to the charter, that she would win a seat in the lottery and our choice would be made.

We got the seat at the charter. So did three of my good mom friends. I discovered that I knew or was connected to many families at the school. I worked at a local organic farm in San Juan Capistrano for years and built much of my community through the farm, www.southcoastfarms.com. That, coupled with my involvement with Earthroots Field School, made it feel like we were in the right place. It was an exciting new adventure for us. 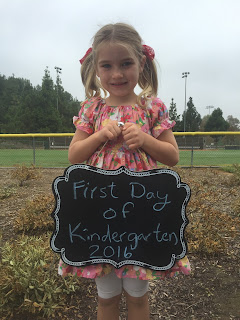 Our daughter loved it! She ran into a few behavioral hiccups in the beginning, but quickly adjusted and thrived. Her inner fairy was nurtured. As for me, there were things that I liked and didn’t like about the school. Mostly, I found myself struggling with the social setting. I didn’t go to high school; but the “mom scene,” felt very similar to what, I imagine, it was like.

While I met some very obliging parents, I also felt anxiety every time I got near the campus. I kept trying to give to the school through volunteering, yet I continuously felt consumed and unfulfilled. There was something about the environment that triggered a sensitivity in me that I couldn’t quite reign in. This might sound crazy, but through the process, I had the realization that I have grappled with intuitive empathy my entire life. For some reason, every time I got near the school I felt overwhelmed by the emotions of the other adults on campus. I found it difficult to separate my own emotions from those around me. This was particularly true of my daughter’s teacher. In addition, between drop off and pick up, I was driving nearly two hours a day, which was draining on our entire family. Though, we did hone a pretty refined kid’s music playlist!

All of this had me increasingly questioning if maybe we should have chosen the dual immersion school just five minutes from our house. By the time I broke down in December, the choice became very clear; what about true immersion? What about slowing down? What about not driving? What about less pressure? Maybe, we should just move to Mexico. Well, you know how that story goes.

I asked our kids how they felt about a move to Mexico during those couple weeks that we pondered the idea. It was the coolest thing, they LOVE Mexico and were 100% game. One evening as I was scrambling to prepare for our departure, our daughter told me that she couldn’t wait to eat tacos on the beach and learn Spanish. It calmed me down and made my heart full.

The teachers at our son’s Spanish immersion preschool were incredibly excited and supportive of our adventure. They went on and on about how tranquil it would be and how our children would be speaking Spanish within weeks. Our daughter’s charter was also supportive, but wouldn’t save our seat for the fall. It was hard to walk away, especially since our spirited little fairy child loved the school so much. It’s amazing how small children are so much less resistant to change versus us adults. I find it so inspiring how they embrace their emotions in the moment and then let them go. There are so many lessons to learn from them.

The process for enrolling your child in preschool or elementary school in San Juanico is a bit different than in the United States. Let’s just say… it has been much simpler. I emailed Mayra and asked her who I needed to talk to in San Juanico to enroll the kids. She told me that Senora Erica, the Jardin teacher, would set us up. Turns out, the Jardin is for children three to five-years-old. How perfect is that? Our kids get to share this experience together in the same class!

We arrived in town on a Saturday evening and visited with some of our local Mexican friends. They told us to simply show up to the school on Monday morning, but we felt it was important to check in with the teacher. On Sunday, we asked around, found out where Sra. Erica was and introduced ourselves. She told us to arrive fifteen minutes early on Monday to look around and that was it. The next day the kids began their first day of school. They stepped into the classroom with the other students, watched and then followed suit. It was as if they had been in class the entire year.

I have so much to share about their first day and their first week of school, but I don’t want to overwhelm you all at once. Not to mention, it’s nearly 1pm and I need to walk down to the school. The Jardin moms have been invited to a meeting to discuss the spring dance performance. This should be interesting; my Spanish will certainly be tested.

Thank you so much for reading and letting me share my experience with you and for sharing it with others!!